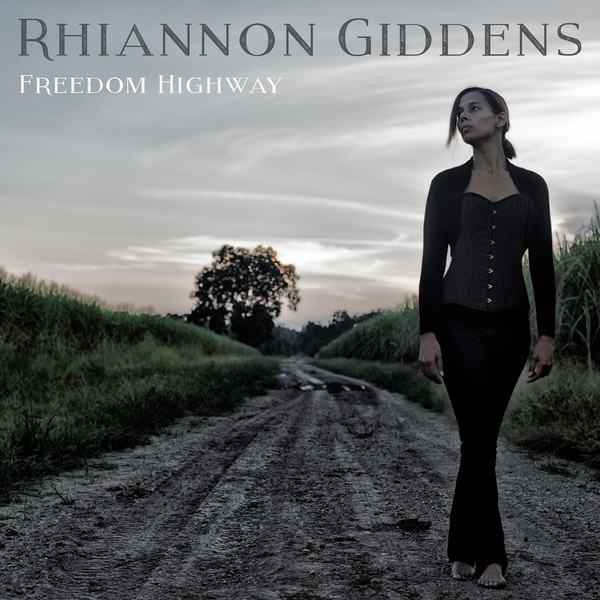 Freedom Highway, Rhiannon Giddens' follow-up to her highly praised solo debut album, Tomorrow Is My Turn, includes nine original songs she wrote or co-wrote, along with a traditional tune and two civil rights–era songs, "Birmingham Sunday" and Staple Singers' well-known "Freedom Highway." Giddens co-produced the album with multi-instrumentalist Dirk Powell in his Louisiana studio, with the bulk of recording done in wooden rooms built prior to the Civil War, over an intense eight-day period. The result is an album that is rawer and more personal than its predecessor. Pre-orders include an instant download of the title track and a limited-edition print signed by Giddens.

"Know thy history. Let it horrify you; let it inspire you. Let it show you how the future can look, for nothing in this world has not come around before. These songs are based on slave narratives from the 1800s, African American experiences of the last century, and the Civil Rights movement of the 1960s. Voices demanding to be heard, to impart the hard-earned wisdom of a tangled, difficult, complicated history; we just try to open the door and let them through." Rhiannon Giddens